The management of this family-owned, sub-acute care facility was being passed from the founder parents to their two adult sons. For a few years, the older son had acted as CEO, his strong financial management skills proving helpful when the business was operating in a stable environment. Cadre Partners was contracted when the sub-acute market began to experience increased competition and the need to improve revenues became evident.

Initially, a new sales staff was hired and managed by Cadre and the management team, producing the much-needed short-term results and reducing immediate pressures. Cadre and the management team then researched niche markets. During this process the skills and interests of the younger son became evident. He became more involved in the marketing research process and his outgoing personality positioned him to be ideal for engaging with prospects and other external business influencers. New patient care programs were developed and a new sales force was put in place, resulting in a notable increase in revenues. Cadre worked with the two sons and their parents to redefine the management functions of the business, reassigning the sons to different functions, as well as redefining other key management roles.

The business became a leader in its market, with each son successfully managing key aspects of the business. Due to its special programs, it sought and received a special operating license, which was unique in its market. The brothers have hired a new group of non-family managers whom they continued to oversee. 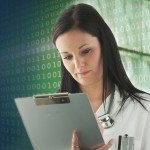 This community hospital turned to Cadre to respond to changing demographics within its service area, target new patients, and provide new services that ultimately resulted in significant revenue increases.