This specialty pharmacy business owned by two partners was growing well in a major urban market. Although the key vendors and the bank were aware of the mounting operating losses in the business and the slow outgoing payments, they did not realize that the lack of cash in the business seriously endangered its short-term survival.

The need to significantly reduce cash losses was pressing and the need to reorganize and re-energize the organization was also evident. All of the business constituents (including vendors, lenders, and shareholders) had to agree to a new business plan, or the business would most likely have been forced to cease operations. Therefore, Cadre Partners along with the company, developed a business plan that was agreed to by these constituents, which included a capital infusion. New information systems were needed. Revenues had to increase. Organizational functions needed to be evaluated and redesigned. New efficiencies had to be realized in its production and logistical operations.

Within six months the business losses ceased. Over 18 months, sales increased almost 500% from approximately an $8-million to over a $36-million run rate. Vendors were paid and bank payments were made in a timely manner and within the stated plan. An excellent management team and sales force was put in place. The business became a leader in its market as evidenced by several customer awards and dramatic sales growth. A major player in the pharmacy business approached the company and purchased it. All investors earned an excellent return on their investment; all banks and vendors received 100% of their monies. Management and key employees were also rewarded from the sale. 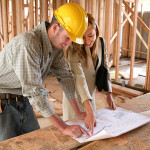 This home builder turned to Cadre to develop and implement a new business plan to expand its business offerings while preserving its appeal and relationships with its current client base.