Positioning a Company to Sell: A Case Study on Navigating Options & Obstacles to Achieve Stellar Results

The owners of “company X” wanted to position the business to be sold in four to five years. The owners were willing to work for several more years but they wanted to know a solution was in sight. Cadre Partners interviewed each of the owners and separately asked each of them to complete a questionnaire designed to rank their preferences relative to the possible sale and business combination possibilities.  By understanding their specific preferences, Cadre was better able to match the realities of the market with their desires.

Prior to this assignment, Cadre had worked with the owners to improve operations and increase profitability by instituting and managing key performance metrics. This enabled the buyers to enjoy more profits and enabled them to access a new banking arrangement with limited personal guarantees, a significant improvement from their prior banking relationship.

After examining the data and discussing it with the two owners, two clear possibilities emerged. The first business development option was to merge with a similar medical service operation in another market.  Luckily, another medical service operator in another market was familiar to Cadre and they had similar thoughts.  By merging the two entities, significant overhead could be reduced and the joint entities would be more profitable.  If the owners elected to merge in another entity down the road, profitability would continue to be enhanced. Cadre also investigated and learned that larger companies in their industry were selling for higher multiples on profits.

The second option was to sell the firm to a larger industry player that was consolidating and had more than 15 similar businesses in other markets. While this did not promise a higher value, it could be achieved more quickly and with less risk.

The owners opted to first investigate the merger possibility. Market and financial data was analyzed.  Key players were interviewed and the ability to manage a larger operation was assessed. The potential of each market and growth possibilities were evaluated.  Key customers could be contacted without revealing any of the owners’ intentions. Cadre worked with both firms and identified how the business would come together, how efficiencies would be realized and how the joint business would be managed after the merger.

While the financial data supported the business plan objectives, Cadre became concerned that existing management was not skilled to manage two remote operations. Cadre further interviewed other new management candidates. Candidates existed but a new executive would present further risk and place greater management burdens on the owners, something they hoped to avoid.

Based on Cadre’s recommendation, the merger option was tabled. Cadre and the owners contacted the larger company that was seeking to consolidate the industry and received an offer to sell the business to them. Initially, the actual terms of the offer were negotiated by Cadre to the owners’ satisfaction.  The sale discussion became problematic when the buyer’s desire to lease the real estate through a new subsidiary presented unnecessary risk to the clients and caused difficulties with their bank. Cadre worked with both the bank and the buyer of the business and found a suitable solution whereby the real estate was sold to the buyer on a favorable basis, in part due to the terms provided by the lender, which enabled the client to monetize the value of the real estate.

By the time the lawyers became involved the key elements of the term sheets were agreed to and a significant earnest money check was forwarded to the sellers. Cadre continued to work with the clients to help them navigate the final sale process. 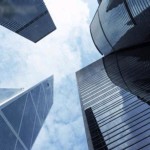