Cadre Partners was initially hired as a management consultant to help this “troubled” in-patient rehabilitation center increase its revenue base, resolve some operating challenges and define a path to profitability. The owners were not active in the day-to-day management of the company. Lenders and key vendors were aware of the difficulty and were looking for new leadership and an effective business plan so that their debt could be repaid.

Although cash losses were reduced by a new budget, the path to profitability had to include innovation of new service programs to increase revenues. The business had to differentiate itself in its market, and the core physical plant and existing services needed upgrading. Further, the management team had to be augmented and refocused.

The first goal was to limit cash losses. A new budget was put in place , employee headcount was reduced, and several new professionals were hired. Cadre Partners visited with major referral sources and learned why patient referrals and resultant revenues were suffering. As a result, it was decided that new investments in patient care, selective facility updates, and hiring a new sales department would be necessary. However, the current ownership did not have the capital to fund these improvements. Cadre Partners became a general partner of a new entity, which acquired the businesses and provided the necessary capital to fund these important projects. Improvements were made in the physical plant and equipment was acquired to attract new types of therapy patients. Leading health care professionals in the community were hired and/or new affiliations were established. A new patient care information system was put in place to ensure that patient goals were being met and these positive results were communicated to the patients, their families and their referral sources. Under new management, co-led by Cadre Partners, the organization and its employee culture were totally rebuilt. Key employees were compensated, in part, based on their contributions to key operating metrics. A new sales force was hired and managed to serve these programs.

Over three years, census averaged over 98%, dramatically improving revenues. Profitability goals were consistently exceeded because the new information system enabled management to closely track expenses. The culture was transformed as key managers met their objectives and were able to share financial rewards with employees. This winning culture led to notable improvements in patient care. The investors earned an approximate 44% annualized return on their investment. 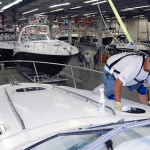 Boat Manufacturer: A Case Study on Responding to a Changing Market

This manufacturing company contracted Cadre for equity financing and for help in reducing expenses, improving operating profits and positioning the company for a sale that provided an attractive return to investors.