This underperforming firm provides an industry-specific financial service. Several institutional private equity firms, the management team, and two founders owned the firm. Several acquisitions were made to provide the current product offering.  During the first two years, the business was profitable but still was unable to reach its revenue goals.  The relationship between management and the founders was tense and grew very strained when operational performance lapsed.

While the numbers suggested that the existing operation held promise if the acquisition could be integrated, the personal relationships between the managers were beyond repair. Tough decisions about the business managers had to be implemented, and a new business plan had to be put in place with the remaining pieces of the business.

Cadre Partners assumed the role of Chairman of the Board of Directors.  Becoming very active in the management of the company, Cadre put into place a plan to produce “hot” operating statistics on a weekly basis and organize weekly management decisions around such performance indicators. The team began to review marketing expenditures and operating expenses and found ways to reduce some of the cash losses. Still, the CEO and the founders did not work productively. With the Board’s approval, the COO, who was supported by the founders, replaced the CEO. The founders also agreed to give up operational control of some key areas. The company’s operating performance improved, new banking relationships were established and operating costs were reduced. However, the founder continued to “play politics” and after a heart-to-heart conversation with the Chairman, they agreed to purchase their smaller business from the company, although the parent company continues to own a small share of it.

While the business was smaller, it was significantly more profitable. The new CEO did an excellent job, and profits increased by an average of 120% for several years. Returning to their entrepreneurial roots, the founders did a stellar job managing relationships and the business. Having them now on a “board level” and not on a day-to-day operating level improved things significantly. The business’s pre-tax profits approach almost 18% and continue to grow. 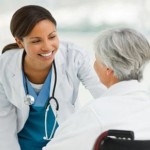 This healthcare facility turned to Cadre for management leadership and to create a new business plan with a more effective management team and a sales and marketing program that improved revenues, eliminated debt and provided for a new profit distribution strategy.