Cadre was retained by the owner of a business that had almost doubled in size each of the last few years. While revenue growth was impressive, the business failed to produce expected profits.

During this time, the owner had had two specific goals. First, he wanted to enjoy optimal profits as a reward successfully driving revenue, since marketing and sales were his key skills.  Secondly, he wanted to work less and perhaps structure his management team and his management duties accordingly.

Cadre worked with the operations executive and the Chief Financial Officer to develop specific performance metrics to measure performance early in the delivery of the service to the customer. Bidding problems were also identified and integrated into a new management system that focused attention on projects that had “spotty” profitability outcomes. Cadre attended these meetings and worked individually with operations managers. Soon, however, it became apparent that a reorganization was needed in both operations and project estimating.

Together with the owner/CEO, the existing executives were reassigned and a new structure was put in place. To more closely align the goals of the owner with those of the key executives, Cadre created a bonus program that rewarded executives based on their performance. Previously, bonuses were discretionary and the executives often found techniques to better “position” themselves for bonuses.

Cadre also recommended that a monthly executive meeting be scheduled to hold the team accountable to managing the work force, which flexed up and down in key seasons. Further, a system for evaluating project managers was put in place and greater discipline was used to hold them accountable to specific performance goals.

One key executive kept rising to the occasion and produced excellent results. To determine if he could operate the day-to-day operations of the company to allow the owner/CEO to spend time outside the business, Cadre developed a program to systematically give him more responsibilities in key areas. Additionally, Cadre recommended duties that could be reassigned. Over an eight month period, the executive rose to the occasion. However, communication between the executive and the owner was not ideal. The owner also needed to learn some new management techniques to hold the executive accountable while stepping back to enjoy his new found time and allow the executive the space to do his job.

Profitability rose almost 200% over two years. Several of the management team earned 40% higher bonuses because they achieved their goals, while one executive resigned when it became obvious to him that he was not achieving his. Most importantly, the owner/CEO embraced the new management program and resisted the urge to direct small tasks. He learned to keep his COO accountable to the goals they jointly set. 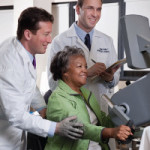 This family-owned, sub-acute care facility turned to Cadre Partners to help them tackle new competition and achieve their goals for improved revenues.