Responding to a Changing Market

Boat Manufacturer: A Case Study on Responding to a Changing Market

This company, owned by a private equity firm, was long considered an industry leader. However, a downturn in the market and significantly lower revenues caused a sale of the company while it was losing a significant amount of operating cash. The new ownership consisted of a new management team and two institutional investors who provided sub-debt and equity to the acquisition finance structure. Cadre represented the larger of the two institutional investors and was active in the company’s governance.

The company had grown from approximately $50 million in revenue to well over $150 million. However, it was still unable to reach its profitability targets. The CEO of the company was a charismatic leader and had strong external relationships, but was not involved in the internal functions of the business. Despite growing revenue, the company could not produce the operating profits it needed.

Further research into this challenge revealed that warranty expenses were primarily related to one of the three manufacturing operations. A plant was closed and a new manufacturing process that addressed 60% of these expenses was instituted across the remaining two plants. As a result of Cadre’s recommendation, a management reorganization plan was led by the CEO that resulted in the creation of a COO position that reported to the Board, as well as an EVP of Manufacturing position. Additionally, a new information system was implemented to monitor these specific expense centers.

While the company’s operating performance improved, the company leadership decided to sell the company when the market for the company’s product was projected to increase. Cadre Partners worked daily with the company’s management during the sale process and then during negotiations with several prospective buyers. The company was sold and all institutional lenders received an attractive return on their investment. 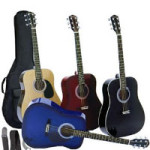 This manufacturer contracted Cadre to create a new financial model that focused on paying off debt and reducing financial risk.